The old jail that never really was…

In the morning we had visited my childhood home and we headed back to the downtown Fredericksburg area to explore some more.  When my family lived there, I remember going on field trips and we visited the old jail as well.  We went to try and find it but first we needed some lunch!  We stopped at Sammy T’s.  It was pretty good. 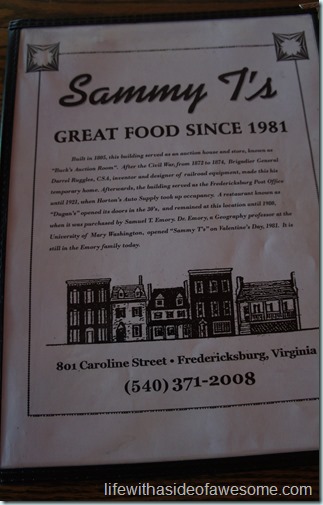 Sammy T’s is located just one block from the Visitor Center so after filling our tummies we headed there to get some directions.  We picked up a map of the city and started to map out our route.  While we were there I asked about the old jail as I didn’t see it on the map.  The Fredericksburg Visitor Center attendant there mentioned that years ago some folks had called it the old jail.  She said they even had a stockade out in front of it.  The real history behind the building was different.  It was actually an Old Stone Warehouse.  I learned something new!

We got the directions to what I still call the old jail and headed that way.  As we walked to our car I happened to look down a small alley/walkway and noticed this. 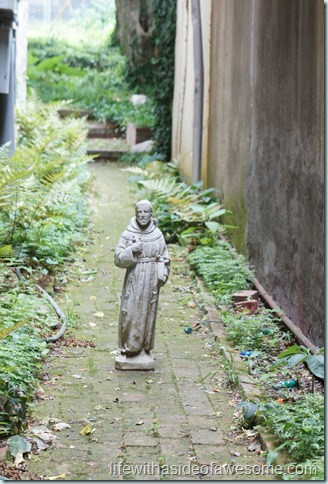 I think this is St. Francis, patron saint of animals and the environment.

We got in the car and were heading to the “old jail” (yes I know I should call it the Old Stone Warehouse but it’s just weird…that’s not how I remember it).  I saw this sign and though we didn’t stop to write anything I did think about it. 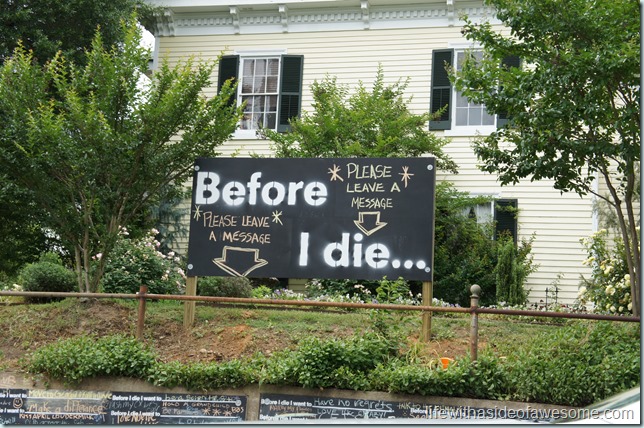 We finally got to the old jail.  Except it isn’t really a jail and apparently never was. According to the current owner and what I could find out online, this was actually an Old Stone Warehouse. 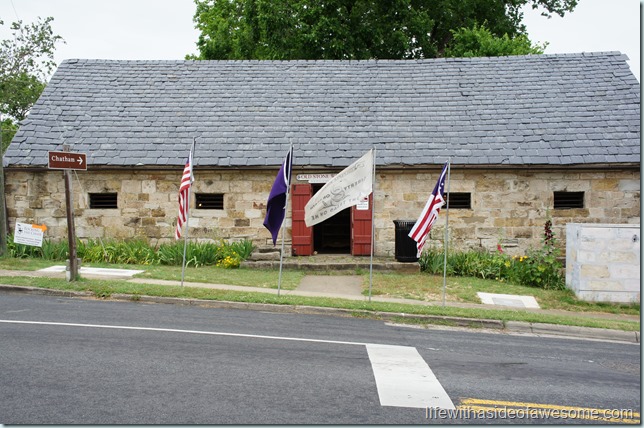 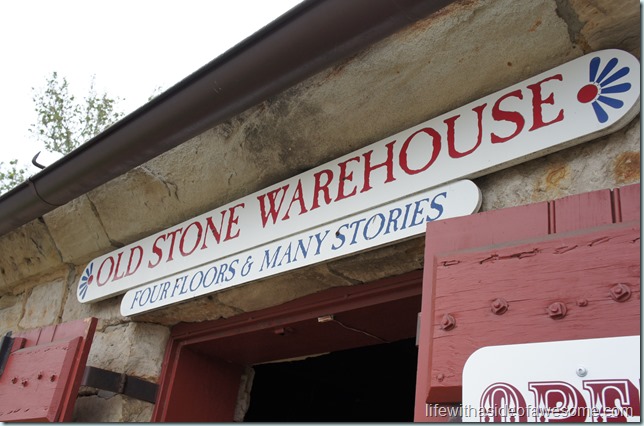 The owner/docent was a very friendly guy who was very happy to share about the history of the building. 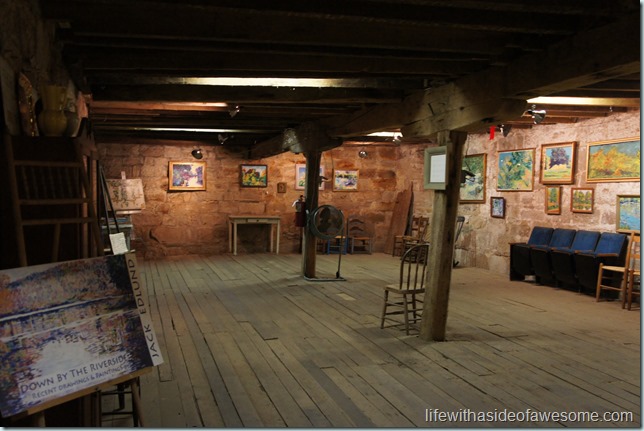 We were allowed to go all throughout the building.  We went into the “basement” which used to be the first story of the building. 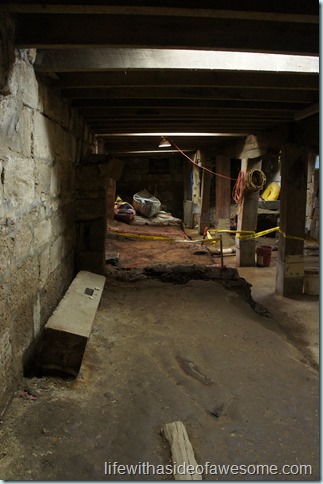 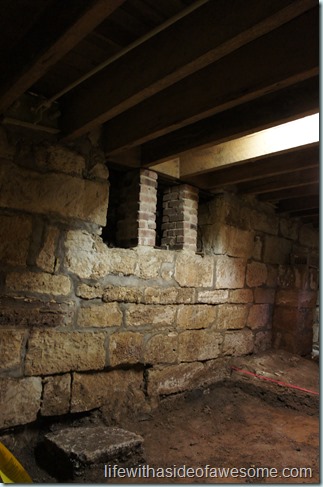 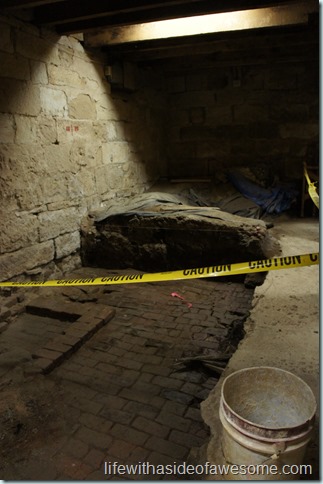 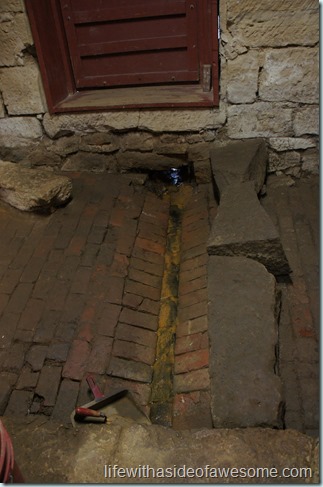 This actually used to be the front door.  Back in the 1700’s when the building was built, the front door faced the river as that is where all the boats would come to trade. 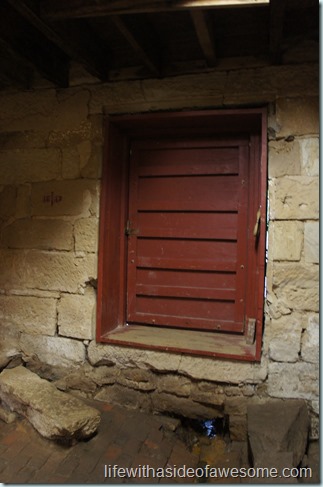 After you go through the door you can see the Rappahannock River. 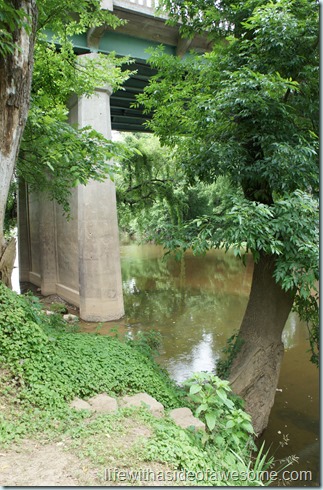 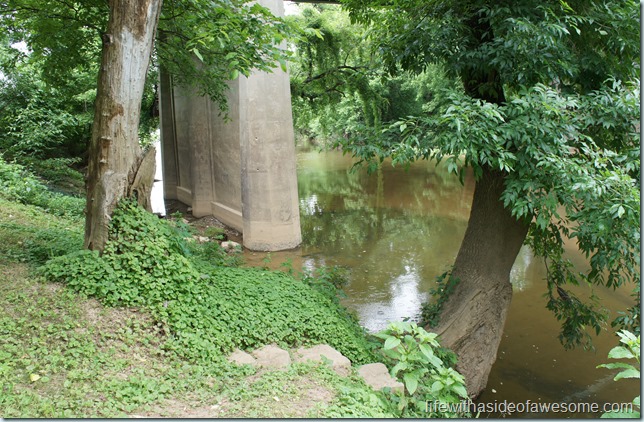 Going back up to the building we entered through what used to be the front door. 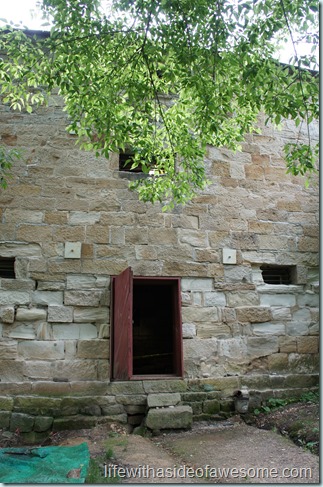 The guy had lots of antique type things and they didn’t necessarily have to do with the actual building but they were interesting to look at.  One of my favorite things that I saw were these old movie theater seats.  They looked very cool. 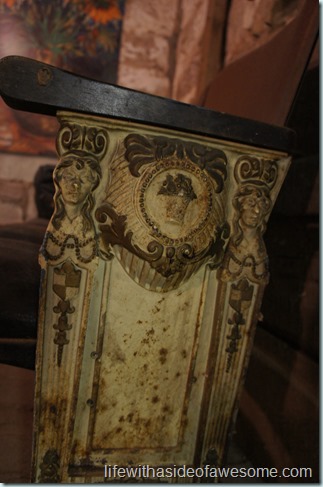 It was a fun little stop and we wrapped up this part of our day so we walked back to our car and headed back to Arlington.

What fun and interesting places have you been to lately?