Even though I lived in Fredericksburg, VA from around ages 5-11, the memories of my home there and the neighborhood is a bit sketchy.

Here’s the pic of the house I grew up in. 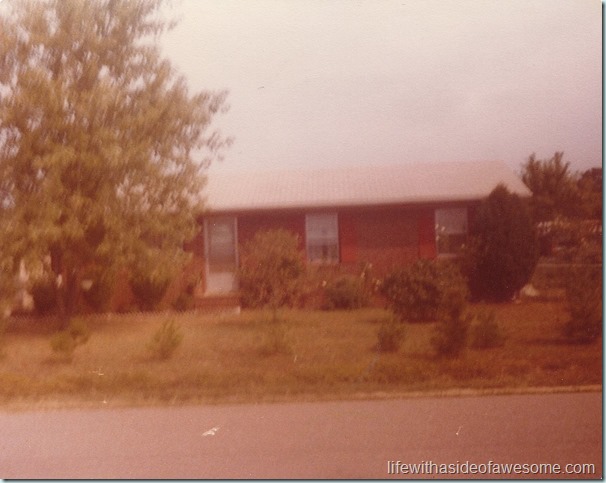 Here’s how the house looks today. 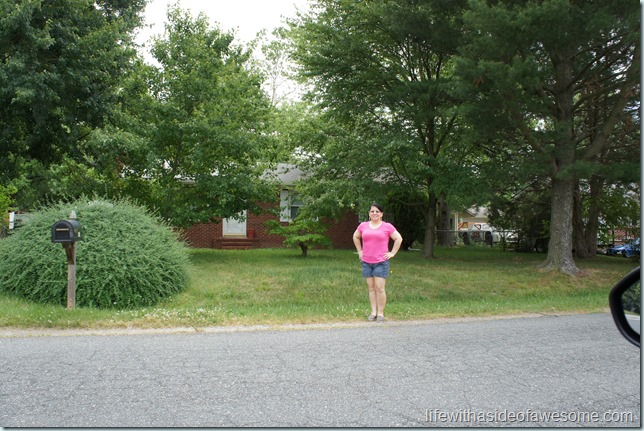 It’s kind of hard to see the house as all the trees and bushes have definitely grown!

I do remember my brother and I riding our bikes a lot.  My dad actually put together our bikes from parts that he salvaged from the local dump.  I must say my dad is a handy man.  My brother and I would ride over to a street called “Woodland Terrace”, which is just a couple of streets from our house.  My bike was black, with a white plastic basket that had flowers on it.  And it also had a really cool orange flag on the back of the seat.  We would attach playing cards to the spokes of our bikes with clothespins and they sounded really cool when we’d ride.  It’s okay to be jealous…it was pretty awesome.

During the summertime we would fill up these orange Tupperware containers with ice water and take them with us.  You know, in case we got thirsty on our adventures. 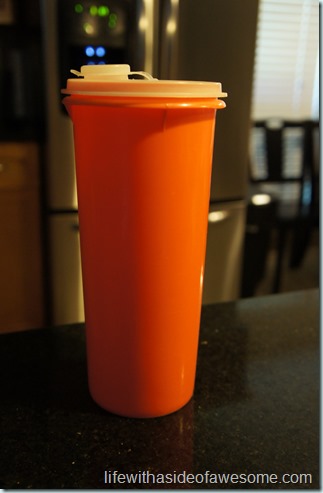 I called to ask my mom about the containers and if she still had them and guess what?  She did!!  WoooHooo!  She was about to give them away so I really lucked out.

I do remember my friends were a sister and brother named Donna and Tony.  There was a girl that lived in the two-story house on the corner named Barbie.  Around the corner, on Rogers St., Kristie, Karen and Shawn lived. 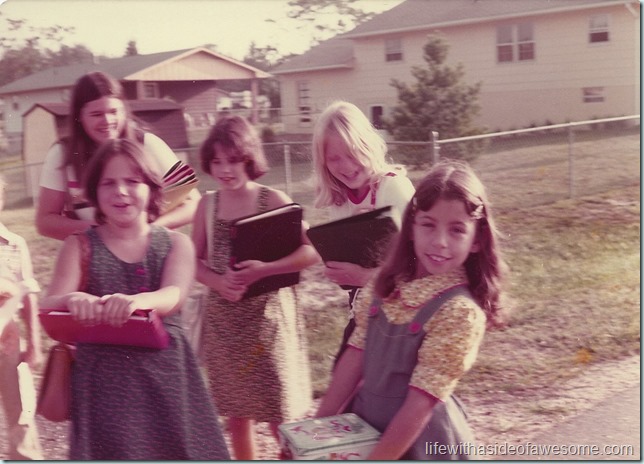 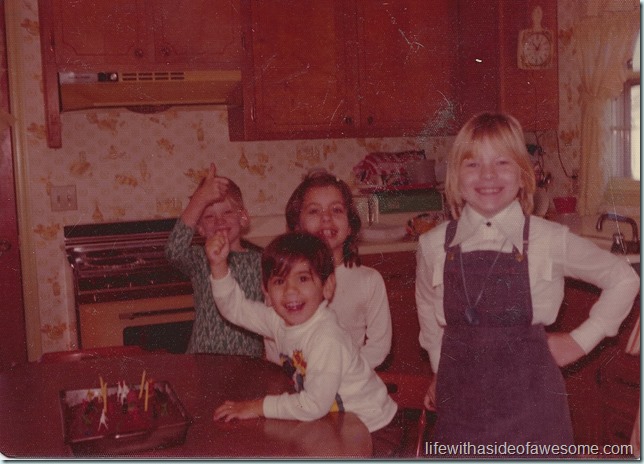 There was a store back then called Earl’s.  At that time it was a grocery store.  It is now Earl’s True-Value Hardware but they did keep the original Earl signage.

This is also where we got my first dog, Fonzie. 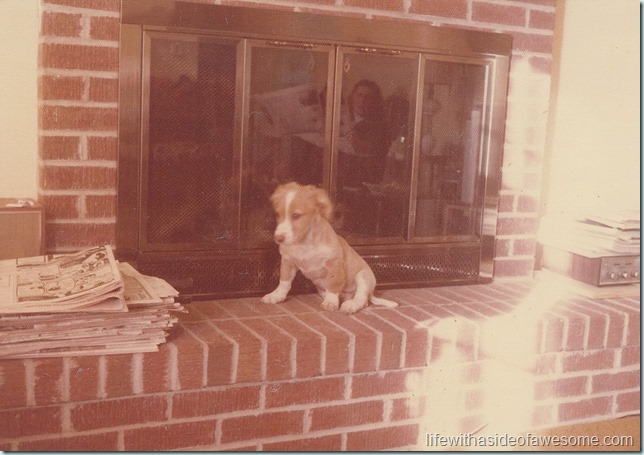 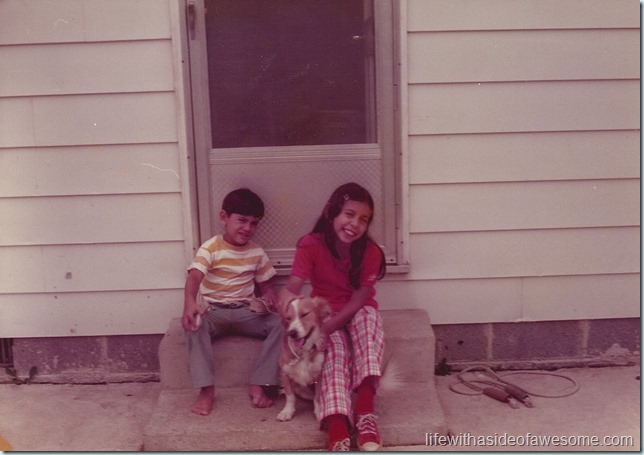 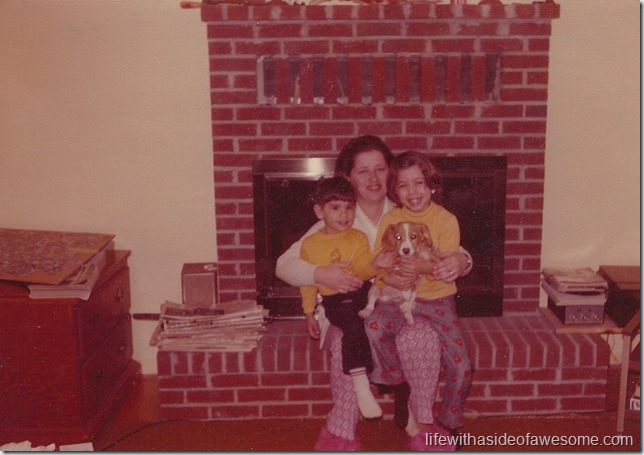 Speaking of dogs, when we first moved in there was a couple that lived next door.  They had a German Sheppard named King.  King bit me on the ear.  I think I was 5.  I recently asked my mom and dad about this and neither really remembers it.  Does this mean I made it up?  It’s possible.

As I mentioned before, my dad is very handy.  He made the brick fireplace you see above.  He also made the patio on the side of the house that you see in the middle pic above.  We used to jump rope there and it was a lot of fun.

The patio also had a basketball hoop and we would play H-O-R-S-E.  And when I say we, I mean me, my brother AND my mom and dad.  I also used to skate on the patio with my skates that I attached to my tennis shoes and tightened with a key that I wore on a string around my neck.  Anyone remember those?  My whole family knows how to roller skate.  It’s one of the cool things about our family.  We always have had a lot of fun together.

I also remember this radio show that my folks would listen to.  I think it was called the Swap Shop or something like that.  I guess it was kind of like Craig’s List is today but old school.  Anyway, the theme of the song went something like this,

Funny the things remember.  Or think you remember.

2 thoughts on “They say you can’t go home again. But have you ever tried?”