When you think of visiting DC, do you have in your mind a mental list of places that you have to see?  I do and for me, Ford’s Theatre was definitely on the list.

A visit to the Ford’s Theatre campus traces the story of Abraham Lincoln’s presidency, assassination and legacy and is such an iconic part of American history that we just had to see it.

It’s also a National Historic Site so I was able to get my National Parks passport book stamped!  WoooHooo!! 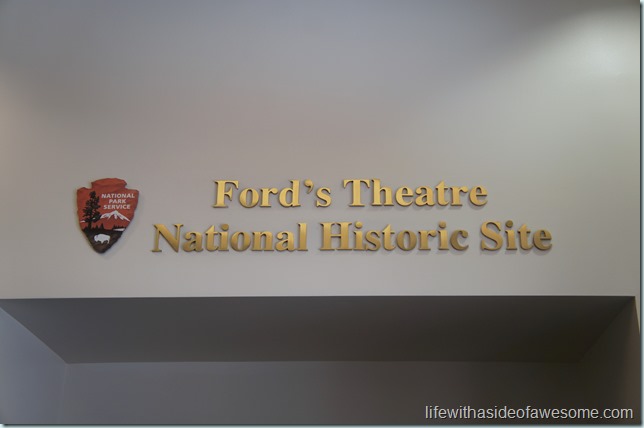 The beginning of the tour… 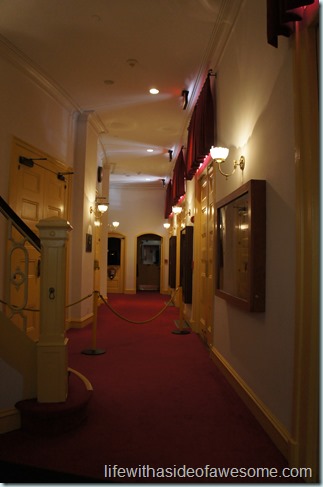 Here are some things you will see when on the tour.  There were so many things that I just picked a couple that kind of came to my mind. 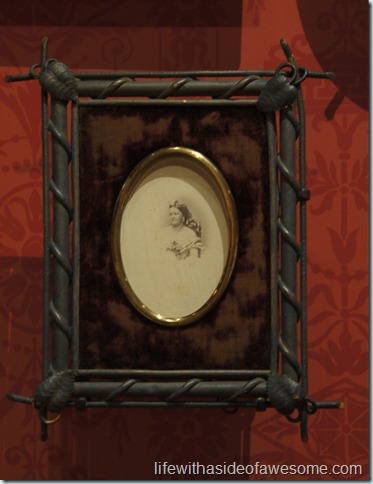 This is a piece of bunting from the flag that flew over Fort Sumpter during the Civil War was presented by Mrs. Archibald Hopkins in July, 1929.  I just think it’s cool because it really just looks like some threads but it was from a flag and it’s old.  And I liked how Harry signed the note.

These medals and medallions just look old and of course, they are.  I just think it would be cool to have something like this.  Not that I’d really do anything with it.  It would just be cool to have. 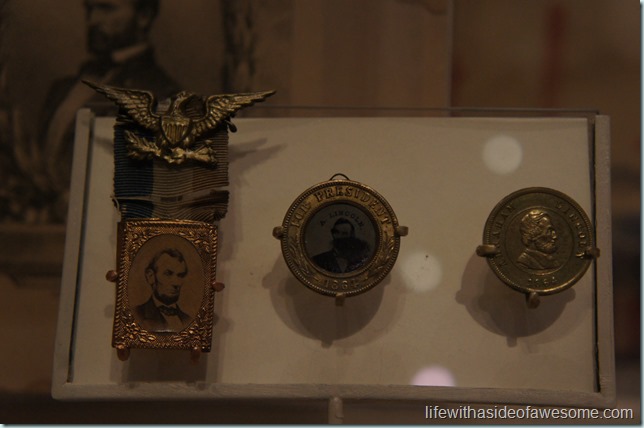 I was just trying to see what he was reading but I am too short to do it discreetly.

It’s amazing how I can talk my husband into posing with statues and stuff.  He’s always such a good sport. 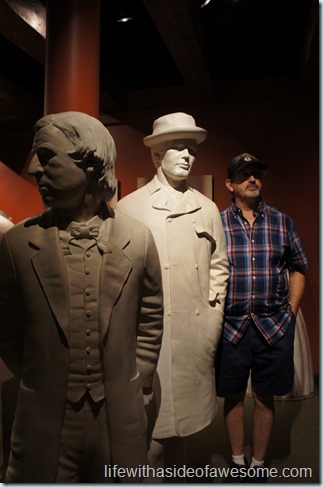 One of the things that I am slightly obsessed with is learning about a person’s final moments.  You know how they showed those photos of Lady Diana’s final moments in the elevator before she died?  Well that kind of stuff just fascinates me.  I know it’s a bit morbid but it makes me think about what if something had been different then maybe they’d still be here?

Well the point of that whole story is the reason I took this pic.  It gave me that same curiosity about his final moments.

Here is the famous box at the theater.

We didn’t actually get to tour the box which was kind of a bummer.  One of the Park Rangers was saying it was because it was crowded with lots of school tours that day.  Really?  Well then can they let parties of two or less go see it?  Or give me a special tour?  The answer was no to both when I asked.  And yes, I asked.

When my sister got married in 2008 she gave us bridesmaids a canvas tote bag with our initials monogrammed on it.  It was plain so I decided to jazz it up with some patches I had collected on previous trips.  Now every trip I go on, I look for patches. 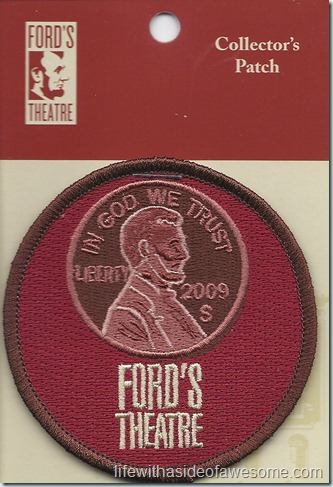 I thought this was a pretty cool one.  I now have a dilemma.  I have no more room left on my tote bag.  I’m not sure what to do now.  Maybe a blanket?  If you have any ideas on what I should do with them, please share!

Are they legal?  In the United States, U.S. Code Title 18, Chapter 17, Section 331 prohibits “the mutilation, diminution and falsification of United States coinage.”  The foregoing statute, however, does not prohibit the mutilation of coins, if the mutilated coins are not used fraudulently, i.e., with the intention of creating counterfeit coinage or profiting from the base metal (the pre-1982 copper U.S. cent which, as of 2010, is worth more than the one cent in the United States).  Because elongated coins are made mainly as souvenirs, mutilation for this purpose is legal, when location of the coin presser has the permit from the mint to do so.

So there you have it folks.  I’m not breaking any laws.  At least where elongated coins are concerned. 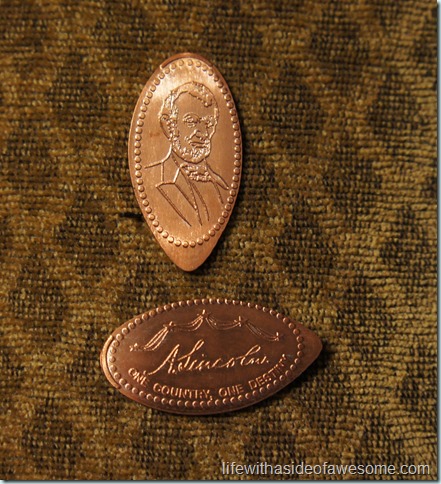 Did you know that Abraham Lincoln’s image has been on the front of the penny since 1909?  Lots of fun and interesting facts that you can learn.  You can click HERE to learn more!

One thought on “Ford’s Theatre”